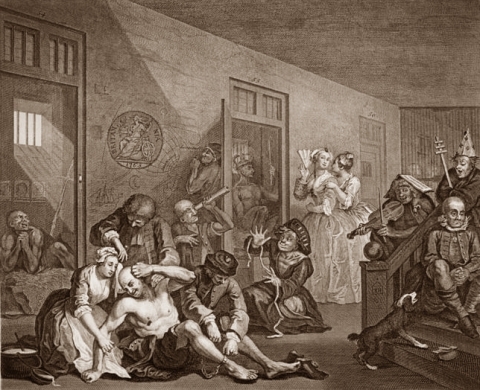 I can’t sleep. And I do nothing with the night except read books of dubious merit and disturb the cats. Last week while we were waiting to see the Wim Wenders Pina Bausch movie, Pina, Adrian said, “There are too many crazy people everywhere,” and I thought—feeling slightly nuts myself—well, is that such a bad thing?

This week? I kind of think so. Details never.

Recently I’ve had a fantasy I haven’t had in a long time—to just pack a bag and disappear, never let anyone know where I am. Dissolve into the metropolis of the world, the dust and crowds, the grasshoppers and raindrops, diners, forests, ski lodges, vacant lots, trains, and cars without mufflers on country roads. Accost strangers for good or ill, spend time with public telephones. Not that it would solve anything, but that instinct to just get away, anonymous in the great American continent, that one of fable before it was crisscrossed by politicians and their pundits, and local and national idiots shown on TV, is still strong.

Yes, there are some smart people. Sometimes I’m one of them. Other times, like most of you, I’m not. Something I’ve been reading, The Folly of Fools: The Logic of Deceit and Self-Deception in Human Life, by Robert Trivers, is about the deep, evolutionary structure of human (and animal) deceit, which is so much a part of how our brains are wired that we will never escape it. The nub of his argument is that deceiving others offers big social advantages, and to lie while being aware of the truth requires a lot more cognitive effort: enough more that people will likely notice your hesitations, your mistakes. It’s more effective to lie to yourself first and thoroughly, although, of course, there are downsides to this. They fall under the category of Really Big Mistakes.

The scary thing is that the lies put down roots and have families. The truth, which you knew and put aside for a moment, gets covered in trash and hidden for years, and even if you find it again, you don’t quite remember where it fits. It’s become malnourished. It’s too puny to compete with the lies and their minions. It’s too puny to compete with experience, which if you’ve accumulated it with eyes averted, is rogue, greedy, inconsolable…

At dinner Tuesday, when I was talking about writing for money, Jocelyn asked me why I couldn’t write more books like Men, “full of sex.” I didn’t want to say how dark my experience of sex and love has become, so I just said, “I can’t be young again.”

“If you knew how to be young again, you wouldn’t need to write to make money,” Ira observed (Ira’s in his 80’s). Jocelyn said she didn’t want to be any younger than she is (my age). So I asked Ira and June what age they’d choose, if they could be young again. “Fiftyish,” said June. “16 or 17,” said Ira. He asked me and I said 35. “I don’t want to return to my 35-year old self,” I added. “I’d like to be physically that young but I wouldn’t want to not know what I know now.”

“I wouldn’t mind not knowing what I know now,” he said.

And as with Adrian’s remark about crazy people, I’m beginning to see his point.

I have gone out, a possessed witch,
haunting the black air, braver at night;
dreaming evil, I have done my hitch
over the plain houses, light by light:
lonely thing, twelve-fingered, out of mind.
A woman like that is not a woman, quite.
I have been her kind.

I have found the warm caves in the woods,
filled them with skillets, carvings, shelves,
closets, silks, innumerable goods;
fixed the suppers for the worms and the elves:
whining, rearranging the disaligned.
A woman like that is misunderstood.
I have been her kind.

I have ridden in your cart, driver,
waved my nude arms at villages going by,
learning the last bright routes, survivor
where your flames still bite my thigh
and my ribs crack where your wheels wind.
A woman like that is not ashamed to die.
I have been her kind.

Tagged: anne sexton her kind, by Robert Trivers, personal, The Folly of Fools: The Logic of Deceit and Self-Deception in Human Life

You are currently reading Rearranging the Disaligned at Mostly in the Afternoon.