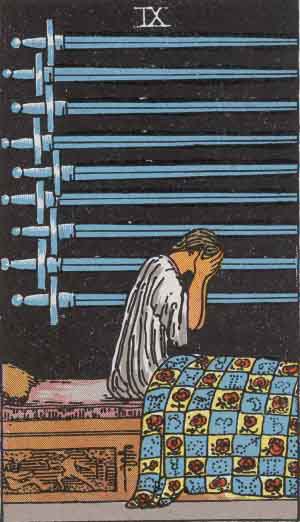 Regret is something I never experienced as overwhelming until this year. Is it the vanished money? My age? Great interplanetary forces beyond my pale?*

The advantage of age is knowing things, not just having heard or read them. Like: if my perspective sucks, get outside it. There are ways out and I know them. But I keep falling into what for me was the Great Trap, the original sin—thinking I had to fix the insides before I went out, before anybody saw. I don’t believe this anymore but I still fall into the ruts I made so doggedly, digging through my psyche to find the bone that was never there, that was an absence of a bone, what a shrink would be quite happy with, but even though I’m ferociously psychological I’m also very literal, and I wanted to FIND THE FUCKING THING AND GET IT OUT, then tidy up, plant some flowers, comb my hair before inviting people over.

Meanwhile the cat cries piteously. He’s only been fed twice, with treats on top. Yet his desire for food is real and deep; it’s just that he isn’t actually hungry. I apologize to him for his eating disorder. When you castrate an animal and make him live indoors, is it surprising he becomes overly attached to the last remaining instinctual pleasure? It helps when I soothe him. I know he purrs to manipulate me, but it comforts him as well. Then he feels strong enough to attack his sister, which any addiction counselor would call progress, since the violence is merely temper, and no real damage is done.

I digress. Perhaps. The point of the cats was to divert me from myself, which has worked, up to a point. I have incorporated them into my ego-myth, I deluge them with love songs, maternal longings and endless small talk, but they remain themselves anyway.

To amend the first paragraph: digging through my psyche in conversation or writing-for-the-public is very different from doing it in my head or a notebook I’ll burn on my deathbed. Once it becomes subject to communication, the pieces of my obsession rearrange themselves, strive not to repeat (and bore), thus having to be, at least briefly, not true obsession but rather its ambassador.

When I was 18 or even 25, I thought there were solid answers to psychological, philosophical and spiritual questions. Later, I became distrustful of the way so many (famous) writers celebrate ambiguity and shadow. Consider the popularity of the word ‘liminal’ in poetry and criticism of the last 2 decades. I know reality is various, nuanced, subjective and/or unknowable—in fact, nothing but thresholds; at the same time, all of a piece we mostly can’t even glimpse. But my problem is fear and dithering (not plural, it’s the and that’s the problem). In college, my rather brilliant papers never got above A- because I was constitutionally unable to present an argument without reservations. And since there was never room to discuss my many, many reservations, my appreciation of other interpretations, etc, ad infinitum, the end result was a softening of every idea, a blurring of focus.

Where are the cats, you ask? Why aren’t they herding you toward digression into something concrete? Yeah, this is a blog entry so I’ll quit. (And now I’m depressed that I don’t have time to write a proper essay, but must get on with the paying work….)

* “…[The}word pale has nothing to do with the adjective for something light in colour except that both come from Latin roots. The one referring to colour is from the Latin verb pallere, to be pale, whilst our one is from palus, a stake.

A pale is an old name for a pointed stake driven into the ground and — by an obvious-enough extension — to a barrier made of such stakes, a fence (our modern word pole is from the same source, as are impale and paling). This meaning has been around in English since the fourteenth century. By 1400 it had taken on various figurative senses — a defence, a safeguard, a barrier, an enclosure, or a limit beyond which it was not permissible to go. The idea of an enclosed area still exists in some English dialects.

In particular, the term was used to describe various defended enclosures of territory inside other countries. For example, the English pale in France in the fourteenth century was the territory of Calais, the last English possession in that country. The best-known modern example is the Russian Pale, between 1791 and the Revolution of 1917, which were specified provinces and districts within which Russian Jews were required to live. Another famous one is the Pale in Ireland, that part of the country over which England had direct jurisdiction — it varied from time to time, but was an area of several counties centred on Dublin….”

You are currently reading Fear and Dithering at Mostly in the Afternoon.