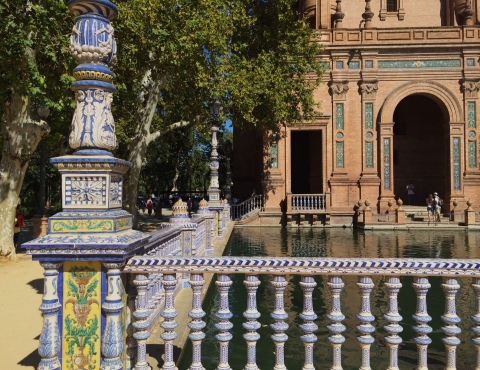 When you’re not a happy person to begin with, when you’ve spent months fighting the depression and anger made worse by quitting an SSRI, when voting for a moderately liberal and very smart woman for president on a beautiful, crisp, blue-sky fall day has given you a lift, and there’s poetry to read, to write, words put together with rigor and magic—and then the unspeakable happens….

The disbelief: like a death not quite in the family but very close…the slime that won’t wash off…and beyond the central nuclear horror family, the New York vampire, the bridge troll, and silver-haired poison elf rubbing their sulfurous hands…

I don’t want to go on. I have jobs to finish, animals to care for, loved ones. Not likely to check out. But I want to. I feel like I want too much of the good stuff that there seems not to be enough of though we all can make it whenever we try—kindness, charm, laughter, imagination—and nature is so beautiful everywhere.

Those who voted in this remnant of a human being live in some of America’s grandest and most gorgeous landscapes, and they mostly have families, homes and plenty of food. They are human, like me, subject to despair and rage, the pleasure of hate, stupid decisions. But the attraction of this hell-hound is beyond me. He offers nothing. He cares for no one. He has no skills except grandstanding and losing other people’s money.

And in other news, do you have any idea how thin the arctic ice is this fall? Do you know that several recent peer-reviewed papers suggest a warming world is much more sensitive to carbon, that the “runaway” warming possibility with methane releases, etc., and abrupt temperature increases (as in a decade or less), always a lurking maybe, seems much more likely now? Not certain by any means. But it’s there—not just the bad that we think we’ve accepted but the much worse we can’t even imagine. Maybe it won’t happen. Maybe it will. The children in their cradles know nothing: when will you tell them?

This is the most important event of our lifetimes, the one that will define us forever, that makes terrorists into dusty action figures stuffed under the couch cushions and economic crashes into summer rainstorms with a chance of mild hail.

Many of my Facebook friends are writing inspiring posts about being strong and going onwards. I appreciate that and love them—I love you all, my friends, my readers. I have had those moments of strength and uplift today (a few). But I am the grumpy old woman, feeling much older than I actually am, and as you know from fairytales, grumpy old women should be listened to.

Our brains ache, in the merciless iced east winds that knive us . . .

Wearied we keep awake because the night is silent . . .

Low drooping flares confuse our memory of the salient . . .

Watching, we hear the mad gusts tugging on the wire,

Far off, like a dull rumour of some other war.

What are we doing here?

The poignant misery of dawn begins to grow . . .

Dawn massing in the east her melancholy army

Attacks once more in ranks on shivering ranks of grey,

Less deadly than the air that shudders black with snow,

With sidelong flowing flakes that flock, pause, and renew,

We watch them wandering up and down the wind’s nonchalance,

We cringe in holes, back on forgotten dreams, and stare, snow-dazed,

Deep into grassier ditches. So we drowse, sun-dozed,

Littered with blossoms trickling where the blackbird fusses.

—Is it that we are dying?

For hours the innocent mice rejoice: the house is theirs;

Shutters and doors, all closed: on us the doors are closed,—

We turn back to our dying.

Since we believe not otherwise can kind fires burn;

Now ever suns smile true on child, or field, or fruit.

For God’s invincible spring our love is made afraid;

Therefore, not loath, we lie out here; therefore were born,

For love of God seems dying.

Tonight, this frost will fasten on this mud and us,

The burying-party, picks and shovels in shaking grasp,

Pause over half-known faces. All their eyes are ice,

for more about this poem, poet

You are currently reading November 9, 2016: the DTs at Mostly in the Afternoon.