Election Day. Getting ready to vote. Very thankful that I won’t have to wait in several-hour-long lines, or fight about my identity. I’m certain that Obama will win, unless—what everyone is saying—unless the voting machines do their dark business, though it’s hardly fair to blame machines….

Here are some poems for today.

I Am the People, the Mob

I am the people—the mob—the crowd—the mass.
Do you know that all the great work of the world is done through me?
I am the workingman, the inventor, the maker of the world’s food and
clothes.
I am the audience that witnesses history. The Napoleons come from me
and the Lincolns. They die. And then I send forth more Napoleons
and Lincolns.
I am the seed ground. I am a prairie that will stand for much plowing.
Terrible storms pass over me. I forget. The best of me is sucked out
and wasted. I forget. Everything but Death comes to me and makes
me work and give up what I have. And I forget.
Sometimes I growl, shake myself and spatter a few red drops for history
to remember. Then—I forget.
When I, the People, learn to remember, when I, the People, use the
lessons of yesterday and no longer forget who robbed me last year,
who played me for a fool—then there will be no speaker in all the
world say the name: “The People,” with any fleck of a sneer in his
voice or any far-off smile of derision.
The mob—the crowd—the mass—will arrive then. 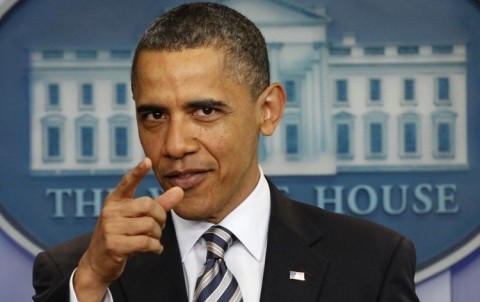 Was he looking for St. Lucia’s light
to touch his face those first days
in the official November snow & sleet
falling on the granite pose of Lincoln?

If he were searching for property lines
drawn in the blood, or for a hint
of resolve crisscrossing a border,
maybe he’d find clues in the taste of breadfruit.

I could see him stopped there squinting
in crooked light, the haze of Wall Street
touching clouds of double consciousness,
an eye etched into a sign borrowed from Egypt.

If he’s looking for tips on basketball,
how to rise up & guard the hoop,
he may glean a few theories about war
but they aren’t in The Star-Apple Kingdom.

If he wants to finally master himself,
searching for clues to govern seagulls
in salty air, he’ll find henchmen busy with locks
& chains in a ghost schooner’s nocturnal calm.

He’s reading someone who won’t speak
of milk & honey, but of looking ahead
beyond pillars of salt raised in a dream
where fat bulbs split open the earth.

The spine of the manifest was broken,
leaking deeds, songs & testaments.
Justice stood in the shoes of mercy,
& doubt was bandaged up & put to bed.

Now, he looks as if he wants to eat words,
their sweet, intoxicating flavor. Banana leaf
& animal, being & nonbeing. In fact,
craving wisdom, he bites into memory.

The President of the United States of America
thumbs the pages slowly, moving from reverie
to reverie, learning why one envies the octopus
for its ink, how a man’s skin becomes the final page.

America I’ve given you all and now I’m nothing.
America two dollars and twentyseven cents January
17, 1956.
I can’t stand my own mind.
America when will we end the human war?
Go fuck yourself with your atom bomb.
I don’t feel good don’t bother me.
I won’t write my poem till I’m in my right mind.
America when will you be angelic?
When will you take off your clothes?
When will you look at yourself through the grave?
When will you be worthy of your million Trotskyites?
America why are your libraries full of tears?
America when will you send your eggs to India?
I’m sick of your insane demands.
When can I go into the supermarket and buy what I
need with my good looks?
America after all it is you and I who are perfect not
the next world.
Your machinery is too much for me.
You made me want to be a saint.
There must be some other way to settle this argument.
Burroughs is in Tangiers I don’t think he’ll come back
it’s sinister.
Are you being sinister or is this some form of practical
joke?
I’m trying to come to the point.
I refuse to give up my obsession.
America stop pushing I know what I’m doing.
America the plum blossoms are falling.
I haven’t read the newspapers for months, everyday
somebody goes on trial for murder.
America I feel sentimental about the Wobblies.
America I used to be a communist when I was a kid
I’m not sorry.
I smoke marijuana every chance I get.
I sit in my house for days on end and stare at the roses
in the closet.
When I go to Chinatown I get drunk and never get laid.
My mind is made up there’s going to be trouble.
You should have seen me reading Marx.
My psychoanalyst thinks I’m perfectly right.
I won’t say the Lord’s Prayer.
I have mystical visions and cosmic vibrations.
America I still haven’t told you what you did to Uncle
Max after he came over from Russia.
I’m addressing you.
Are you going to let your emotional life be run by
Time Magazine?
I’m obsessed by Time Magazine.
I read it every week.
Its cover stares at me every time I slink past the corner
candystore.
I read it in the basement of the Berkeley Public Library.
It’s always telling me about responsibility. Business-
men are serious. Movie producers are serious.
Everybody’s serious but me.
It occurs to me that I am America.
I am talking to myself again.
Asia is rising against me.
I haven’t got a chinaman’s chance.
I’d better consider my national resources.
My national resources consist of two joints of
marijuana millions of genitals an unpublishable
private literature that goes 1400 miles an hour
and twenty-five-thousand mental institutions.
I say nothing about my prisons nor the millions of
underprivileged who live in my flowerpots
under the light of five hundred suns.
I have abolished the whorehouses of France, Tangiers
is the next to go.
My ambition is to be President despite the fact that
I’m a Catholic.
America how can I write a holy litany in your silly
mood?
I will continue like Henry Ford my strophes are as
individual as his automobiles more so they’re
all different sexes.
America I will sell you strophes $2500 apiece $500
down on your old strophe
America free Tom Mooney
America save the Spanish Loyalists
America Sacco & Vanzetti must not die
America I am the Scottsboro boys.
America when I was seven momma took me to Com-
munist Cell meetings they sold us garbanzos a
handful per ticket a ticket costs a nickel and the
speeches were free everybody was angelic and
sentimental about the workers it was all so sin-
cere you have no idea what a good thing the
party was in 1835 Scott Nearing was a grand
old man a real mensch Mother Bloor made me
cry I once saw Israel Amter plain. Everybody
must have been a spy.
America you don’t really want to go to war.
America it’s them bad Russians.
Them Russians them Russians and them Chinamen.
And them Russians.
The Russia wants to eat us alive. The Russia’s power
mad. She wants to take our cars from out our
garages.
Her wants to grab Chicago. Her needs a Red Readers’
Digest. Her wants our auto plants in Siberia.
Him big bureaucracy running our fillingstations.
That no good. Ugh. Him make Indians learn read.
Him need big black niggers. Hah. Her make us
all work sixteen hours a day. Help.
America this is quite serious.
America this is the impression I get from looking in
the television set.
America is this correct?
I’d better get right down to the job.
It’s true I don’t want to join the Army or turn lathes
in precision parts factories, I’m nearsighted and
psychopathic anyway.
America I’m putting my queer shoulder to the wheel.

You are currently reading Read, Write, Vote at Mostly in the Afternoon.