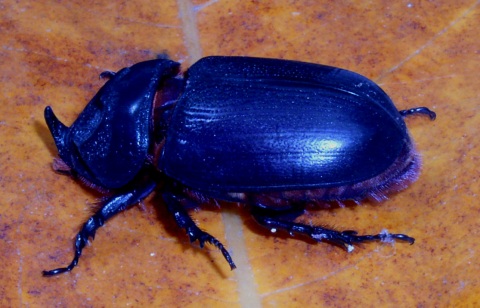 The cats were playing with a dead, or nearly so, baby mouse last night. I retrieved the corpse when they lost interest, took it out with the trash. It was no longer than my index finer, including the tail. They think mice are toys. Probably it’s my fault; I haven’t demonstrated what to do with them. And yet they eat bugs with gusto. In fact sometimes it seems like they won’t eat anything but bugs. Fruit flies and waterbugs, skittering and big buzzing things…I can’t always what they’ve got because I wear my reading glasses at home and a mere insect across the room is invisible. I see Mouchette swivel her dainty neck, fix those high beam eyes and leap, or Fitzroy chasing something frantically under the 12 items of furniture I have in the front room. I hear the crunching, watch them work their mouths around the awkwardness of anatomy.

They don’t like catfood anymore; not turkey, not lamb and rice, not the sardine/mackerel blend they used to favor, that made Mouchette’s coat so shiny. They disdain the excellent roast chicken brought back from a night out. They’ll eat “treats” ($1.50 per 3 oz bag if I buy them in bulk, online, with free shipping) but even those get boring…so they whine, whine, whine, just like I used to as a kid, but I would have been happy if I’d gotten all the cokes, candy and comics I asked for. These beasts want the moon and I don’t have it.

But it’s NYC and I’m sloppy, attracting a cockroach now and then, and it’s summer and they’ve clawed a few holes in the window screens—the cats, not the cockroaches—so fresh victims waft in, and as I told Lisa, who gave me a framed print of “Beetles in a Flood” for my birthday the other night (which was actually her birthday) and suggested I not hang it but lean it artistically against the wall, they’re prone to knock things over while on the chase. I’ve lost my father behind the bureau several times that way.

Bugs seem like nasty fare, but they’re better than used dental floss. Fitzroy regularly interrupts his meditative gazing into the toilet to fish those mouth-scented threads out of the wastebasket. He likes chewing things that can’t properly be chewed. He enjoys reminding me of the time I spent $1300 at the vet because I was afraid he’d swallowed jewelry wire. Mouchette, always more self-sufficient, has invented a new activity: sitting up straight, she wiggles forward on her butt, purring. This mostly happens on the bed, which she traverses like a caterpillar. It reminds me of the interesting experiments of pubescence. I’d prefer to think it’s her stolen girlhood coming to the fore, but it’s also possible it’s bug madness.

Then out of the darkness leapt a bare hand
that stroked my brow, “Come along, child;
stretch out your feet under the blanket.
Darkness will give you back, unremembering.
Do not be afraid.” So I put down my book
and pushed like a finger through sheer silk,
the autobiographical part of me, the am,
snatched up to a different place, where I was
no longer my body but something more—
the compulsive, disorderly parts of me
in a state of equalization, everything sliding off:
war, love, suicide, poverty—as the rebellious,
mortal, I, I, I lay, like a beetle irrigating a rose,
my red thoughts in a red shade all I was.

You are currently reading Squeak Toys at Mostly in the Afternoon.