My Grandmother, My Mold Robot 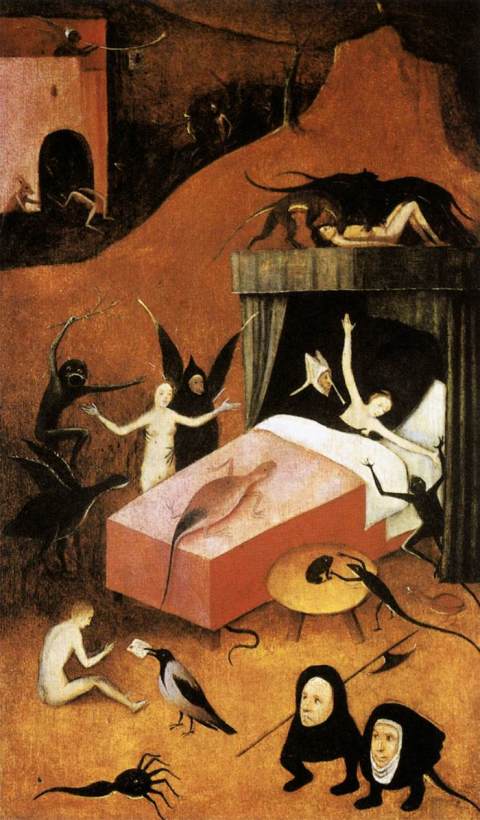 Rachel Maddow just mentioned that her 90 year-old grandmother, who is “enjoying” hospice care, is worried about her Medicare benefits being cut. Leaving aside the question of whether or not there will be Medicare cuts, and what kind, you have to wonder how someone in hospice  can be concerned about this. Besides the fact that Rachel’s grandmother can’t be long for this world—and the bill has miles to go before it sleeps—the whole point of hospice is no extravagant care. Are they using the word to mean something else now?

Not being elderly, and having only one elderly relative, my mother, who seems about 45 most of the time, I may not be the best person to comment on cutting Medicare. But I’m not young either, and I know I’ll be 80 in the blink of an eye. Maybe then I’ll finally have my life in order and be eager to live another 25 years. It’s possible. But if my health is such that that’s not going to happen without great expense, I believe whatever my personal wishes may be, the needs of the young should come first—that this should always and without exception be the case.

As long as I’m alive, I’m going to want more than my share of the world’s enjoyable resources—like most everyone else. It’s hard to give up dinners out and vacations so that strangers can live better. But for some reason, I don’t have this reflexive selfishness when it comes to health care. Is this because I don’t have a horrible disease yet? Or because I’m always at least somewhat depressed? Yes to both, probably. But I remember being younger and having cancer scares: it didn’t matter how unhappy I was, the thought of death was terrifying. Not ME!! My consciousness, my self, was so precious, so utterly required.

It’s different now. Only the idea of a long-drawn out, much-doctored illness distresses me. Give me a few more years, and some lucky slide into spiritual belief—which escapes me now—and I’ll be glad to surrender my seat on the bus. Especially if it means I don’t have to have my ailing carcass hauled around hospital corridors, in and out of MRI machines and operating theaters,  poked and stuck, drained and pumped, irradiated, imaged, cut, peeled and picked over by squads of stressed-out medical students.

I’d rather have my soul eaten by a cat demon, and my flesh thrown into the feeding vat for the soon-to-be-ubiquitous mold robots.

Here are two poems about illness.

A Story About The Body

The young composer, working that summer at an artist’s colony, had watched her for a week.  She was Japanese, a painter, almost sixty, and he thought he was in love with her.  He loved her work, and her work was like the way she moved her body, used her hands, looked at him directly when she made amused or considered answers to his questions.  One night, walking back from a concert, they came to her door and she turned to him and said, “I think you would like to have me.  I would like that too, but I must tell you I have had a double mastectomy,” and when he didn’t understand, “I’ve lost both my breasts.”  the radiance that he had carried around in his belly and chest cavity—like music—withered, very quickly, and he made himself look at her when he said, “I’m sorry.  I don’t think I could.”  He walked back to his own cabin through the pines, and in the morning he found a small blue bowl on the porch outside his door.  It looked to be full of rose petals, but he found when he picked it up that the rose petals were on top; the rest of the bowl—she must have swept them from the corners of her studio—was full of dead bees.

Daybreak until nightfall,
he sat by his wife at the hospital
while chemotherapy dripped
through the catheter into her heart.
He drank coffee and read
the Globe.  He paced; he worked
on poems; he rubbed her back
and read aloud.  Overcome with dread,
they wept and affirmed
their love for each other, witlessly,
over and over again.
When it snowed one morning Jane gazed
at the darkness blurred
with flakes.  They pushed the IV pump
which she called Igor
slowly past the nurses’ pods, as far
as the outside door
so that she could smell the snowy air.

You are currently reading My Grandmother, My Mold Robot at Mostly in the Afternoon.