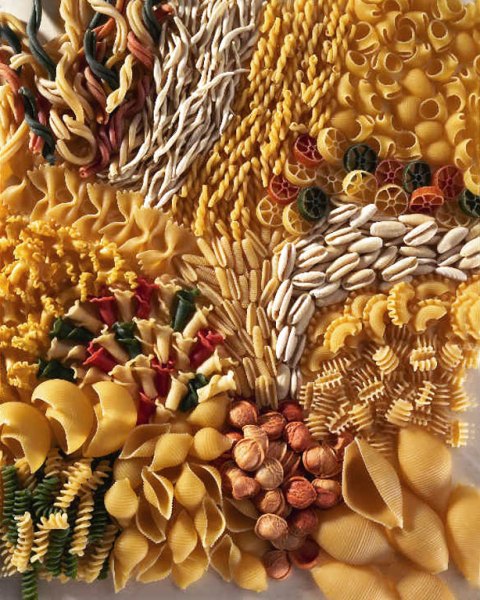 The Times has a review of a new book, “The encyclopedia of Pasta” by Oretta Zanini De Vita that sounds fascinating, perhaps not quite up there with six thousand years of bread, but in the same vein. She writes about the long history of pasta in Italy, and the many shapes—the result of the creativity and playfulness of Italian women. She notes that certain shapes can go by several names, even in the same town. “Four hundred meters away,” she cried. “As close as my house is from the bus stop down the block. Everywhere you go there are these envies, these stupid provincial arguments.”

This makes me think of my long-dreamed-of book about cake, which I put off writing for years because I thought I had more important things to do, and which I’m scared to write now because I’ve gained weight lately and desperately want to get rid of it. Investigating cake doesn’t seem like the answer. Research is all very well, but I can’t sustain interest without baking. I made an olive oil cake two days ago; it was good but flawed and I wanted to experiment. I made another, slightly different one yesterday but it had too much salt in it. I don’t know if I measured wrong or if it was the large kosher salt crystals that did the damage. In any case, it would be simple to try again—it’s an easy recipe—but I’m worried about my hips. Even the salt cake was significantly sampled: cake fresh from the oven is hard to resist.

Charles doesn’t want to waste the remainder. “Can’t you do something with it?” He says.
“Bread pudding.”
“How about pork bread pudding?”
“I’ll think about it.”

Cake holds a place in my heart corresponding to that moment in late childhood when you realize people can be played with like dolls. They are more dangerous, sure, but the creative spirit can do its experiments. I never actually did many, being afraid of my own insights and powers (fear of human or divine retribution), but thought about it.

Cake is like that. It’s more sophisticated than candy. More ambiguous. You make it yourself. You feed it to lovers and enemies. You use it to adorn your solitude.You put it under your pillow.

This day, my Julia thou must make
For mistress bride the wedding cake
Knead but the dough and it will be
To paste of almonds turned by thee
Or kiss it thou but once or twice
And for the bride-cake there’ll be spice.

You are currently reading Encyclopedia of Cake at Mostly in the Afternoon.