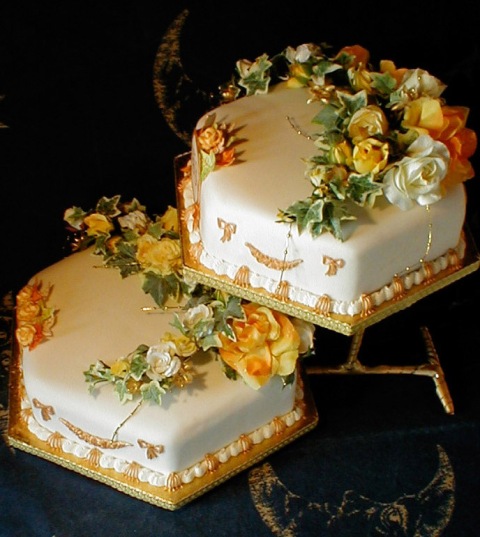 Yesterday was my wedding anniversary. Today is the anniversary of my first date with my lover.

This is not coincidental. Nine years ago—when my marriage was in tatters after a long buildup of anger neither of us had the tools to address, and my husband was unemployed, and I had confessed a brief affair with the brother of my recently deceased close friend Ann, who’d been dying of cancer all spring, and whose memorial I had just attended, a service my husband didn’t attend because of the brother—nine years ago, my wedding anniversary consisted of the two us eating spaghetti with bottled sauce and no grated cheese (why bother?) on our laps as we watched TV.

I think we remarked on how pathetic this meal was, but perhaps not. It didn’t seem to matter. We were too numb. I had begun to spin away.

The next day, I was scheduled to go to our country house for a week alone, but woke up so depressed I impulsively called the office number of a man I’d been chatting with online. He invited me to lunch. He told me how pretty I was. He said he’d like to touch me. I took his hands. We sat like that, a two-handed grip in the white tablecloth Italian restaurant, and if this were a romance novel I could say whole centuries passed and you’d get the point without fanfare.

Centuries didn’t pass and we didn’t know we’d found love, but something happened and soon my shoe was off and my foot in his crotch. (I was being a show-off, yes, but it was good.) He carried his astonishment and pleasure well, a slight adjustment of body and expression conveying a hard-earned sophistication. I was 45 and felt like every girl Sinatra’s referring to in the classic, It Was a Very Good Year. *

And then all the rest of it. Other days and nights, other years. Broken dates, broken hearts, marriages melted down and cast into strange new shapes. We each live apart from our spouses, but our spouses remain primary. My husband was just here from Florida and we celebrated both his birthday (a week late) and our anniversary (4 days early). We went to hear Junior Mance at Café Loup. Charles went up to Junior afterward and said, “I’ve been a fan of yours since the ‘50’s.” I felt like I was in a sci-fi movie though it’s only the ordinary passage of time. Charles is older than me by more than a decade, but still. I remember when the ‘50’s were 20 years ago.

After that we went to a bar and had too many drinks and the next day Fitzroy was upset because I didn’t get out of bed at the usual hour. He walked on my back, up and down, then settled between my shoulder-blades, meowing. Get up Mom. What do you mean, you have a hangover?  Moms don’t get hangovers.

I got up. Eventually.

Tonight I’m celebrating with Philip. I have 24 red roses on the bureau I’m trying to keep the cats from eating. I’m wondering if I should have taken over the restaurant planning. I’m thinking June is a bitch. But I don’t regret getting married, and I don’t regret that day nine years ago. Life is an unwieldy machine.

*It Was A Very Good Year

–written by Ervin Drake in 1961 for the Kingston Trio. Sinatra’s version won him a Grammy in 1966 for Best Male Vocalist.

You are currently reading June Tune, Soon Done at Mostly in the Afternoon.