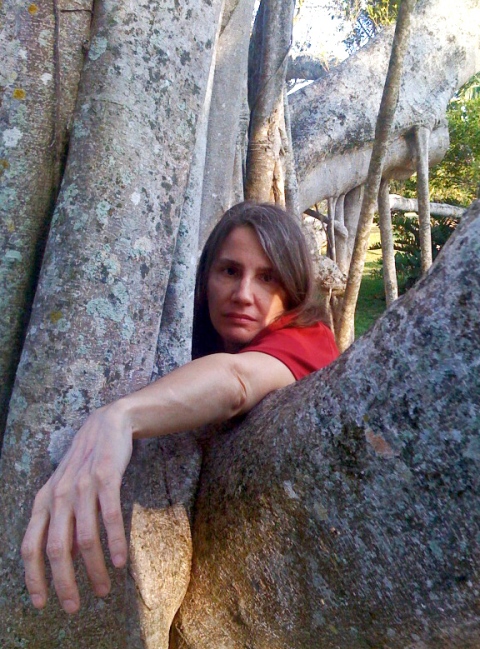 Yesterday I went to Wordcamp in Miami, a WordPress conference at the Mayfair Hotel in Coconut Grove and listened to a presentation by Jim Turner about how to make a living blogging, and another by David Bisset about the new WordPress brainchild BuddyPress (buddypress.org) which is a platform for building your own social networking site from a WordPress multiple user blog. The latter sounded fun and gave me visions of starting the next Facebook and owning reams of personal information that would allow me to rule the world, but unfortunately I can’t even start an MU site, since very few of my friends will start or stick with a blog. And even if they did, I’m not sure they’d want to be associated with this one.

The advice on making money was about attaching oneself to a corporate PR department, pitching your ability to reach the online universe. (For a fulltime position, expect a salary range of 30k-100k). Most of the attendees were techie experts of one kind or another, or considered themselves such. Turner was asked whether Fortune 500 companies would hire a blogger for this kind of work and he advised to steer clear of the big guys, because in that kind of company, “you submit a post to one editor, who shows it to someone else, who runs it by a third, who sends it to legal, then back down the chain and by the time you see it again, it’s unrecognizable.”* I’ve had freelance jobs where the same thing happened and I was working for a solo professional. Turner was also asked how to have your blog show up on Google and suggested writing good content. I like a man who sticks to the basics.

* this is not a word-for-word quote, but as I remember it.

The focus was on success yet I felt far less fear of the future than I do in New York. The Great Depression of the 21st Century, the Clusterf*ck To The Poorhouse as Jon Stewart so memorably calls it, seemed to exist elsewhere, though I have no doubt everyone present was figuring it into his plans. Certainly driving around Miami and later through Hollywood and Fort Lauderdale, we saw lots of empty storefronts, the kind where the sign is still up, and the plate glass window and dusty floors have a distinctly confused look, as if the whole business including proprietor collapsed into a black hole one afternoon without warning.

My husband says that kind of gathering—Wordcamp, not the empty storefronts—makes him feel like he’s allowed to be young, not finished yet, to be the explorer and not the authority. I’ve been feeling that way for some time. My heart’s Mickey Rourke and my body’s a collection of symptoms waiting for the inspiration of disease, but my imagination has been weirdly rejuvenated, even cosmically charged, and I would like to formally thank all the gods and powers I devoted myself to in my adolescence. Since then, I’ve fallen into rationality, but maybe I’m getting my reward for that long ago surrender.

After the conference we went to Fairchild Garden and got intimate with the Ficus Banyan trees*, which are no longer allowed to be planted in Miami-Dade county because they destroy indigenous species. You can tell that just by looking at them—how they spread out, branches growing aerial roots down to earth, adding trunk segments like extra rooms, porches, illegal apartments. Left alone, they can cover several acres. In the city, they’re notorious for breaking pavement and sidewalks, sewer systems; one woman had a tree emerge from her toilet, like the tackiest of horror movies. I don’t know the details on that story but I like to think she was away from home for a few months and returned to find the tree fully dominant, admiring itself in the mirror over the sink while tender roots cascaded into the bath.

*Ficus benghalensis, family Moraceae.
ORIGIN late 16th cent.: from Portuguese, from Gujarati vāṇiyo ‘man of the trading caste,’ from Sanskrit. Originally denoting a Hindu trader or merchant, the term was applied by Europeans in the mid 17th cent. to a particular tree under which such traders had built a pagoda. (From my Spotlight Dictionary.)

You are currently reading Wordcamp, Miami at Mostly in the Afternoon.