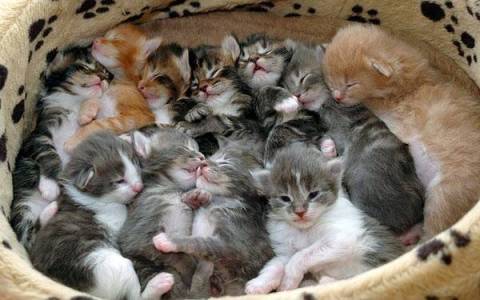 Childhood dream: a basket of kittens every few months. My two cats (Fitzroy and Mouchette) are fixed—I received them that way—and this makes sense, since I live in two rooms and have no friends asking for kittens, but I would love seeing them as parents. They’d have perfect Halloween kitten: black-orange-white. When I was a child, we got our kitten from neighbors and they were never fixed. My parents got around to it eventually, but luckily they had other things on their minds. We had several litters of kittens over the years: one born in my father’s sock drawer, one at the bottom of my bed. I woke to something moving down by my feet. When I realized what it was I lay there in 8 year old bliss: I was the one chosen to host the newborns! I was sure the mother cat had carefully considered all four children and our parents and decided that only I could be trusted to treat her babies with the care and reverence they deserved. I was caught between wanting to lie there forever, not disturbing them, and wanting to run to my mother and brag.

I had to get up eventually.

Mouchette would make a good mother. Fitzroy, I’m afraid, would see the newborns as large mice. 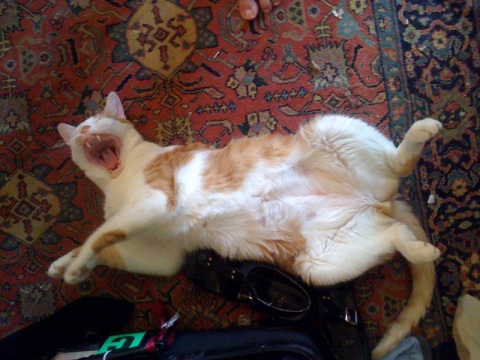 You are currently reading Octopussy at Mostly in the Afternoon.