One of those days where I had to do everything twice. Wrapped up the wrong necklace, got a brain tickle and remembered in time, opened it, realized I also had to re-string it, wrote up the new description for it and rewrapped it, forgetting to restring it so I had to unwrap it a third time…this is when I start wanting to run around and bite my tail like a dog withdrawing from Prozac. Then I lost files on my computer. Not anything of importance, just more grunt work. And was overcome by a wave of CFS, yes I still have Chronic Fatigue Syndrome, the disease everyone loves to disbelieve in, after 24 years. Self pity smells like pine sap, don’t you think? A little Christmasy. I like it when it’s late and all my potential readers are asleep; I don’t feel self-conscious anymore but like one of the pre-dead.

My niece and I keep having a conversation about whether sentient robots would be a good thing. She says not because they’d be slaves. But I want one as a companion. Smarter than a cat, not as crazy as me. Is that too weird? Not quite Dr. Spock, but…Oh, I don’t know. I get lonely here in this decaying mousetrap of an apartment, but remember living with someone, how difficult that was. I love Charles so much more cleanly and sweetly now. If only I could figure out how to do that in regard to myself.

My friend Andree’s brother died and it’s made me very sad. For her, for him, for the old pain of brother-loss. She’s lost two. I can’t bear the idea of losing my siblings. Yet even so, feeling more family love than ever, sometimes I look at my nieces and think it’s been like a sadistic science experiment bringing them into our family. At first they were just Davis’s children…but now, as adults, they’re part of all of us, heirs to a past they’ll never understand (I’m not going to divulge all the bits I haven’t spilled yet), and of course going far beyond us but still…

I have to buy a Spiderman sleeping bag for Daniel because I’m not going to write a story. I need something for William. Hannah and Myles are taken care of —Shea stadium mementos, pretty clothes, great books. Jaden and Jack get books because I’m not sure they get read to enough and I haven’t seen them in so long…barely know them.

I’ll have another Christmas in late January for all my girlfriends. We’ll need it then. 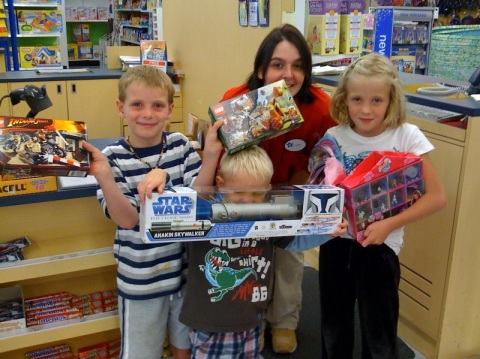 You are currently reading Wacked at Mostly in the Afternoon.