Today we went for a walk in Hugh Taylor Birch State Park, gold medal winner for best state park, the only one to win two gold medals, the sign informed us. We were proud to be part of such success. And it was a very nice park, although I’m not sure it deserves two gold medals. Maybe it won for litter management: it was very clean. We saw mangroves and lovely man-eating trees and coconuts whirling round and round in a stream. That stopped us. We thought they must be doing a mating dance but nothing happened but more whirling, so we revised our theory and thought they were dervishes, and then we walked on and who knows what they did behind our back.

Charles made me pull my shirt up so he could photograph me au naturel, in response to my brother’s recent art shot of Laura naked in a meadow, but my brother’s photo wins the gold medal. So, yes, we still act like the same old goofy married people even though we are both amorous elsewhere, though not polyamorous, a word which reminds me too much of polyunsaturated fat to ever be used as a self-descriptively. In Central Park a few weeks ago they had a Polyamory Conflagration. Yes, I mean ‘Conference’, or some other ‘C’ word, but Conflagration hit my brain first, and it’s staying. Look at the picture adorning this post and think about it.

Anyway, I don’t want poly—two’s more than enough. One and a half would do, though which man would give up half?  If only I could photoshop them, cropping bits from Charles and bits from Philip—and not the ‘nasty bits’ as the Brits call them, but the redundant DNA, the unnecessary facial hair, those personality flaws they are not emotionally attached to. Charles could still be disorganized (a vast excuse for almost everything), just give up the memory loss regarding birthdays, plane tickets and what I asked him to do five minutes ago. Philip could keep his righteous anger, but not the excess that he slops around the room in moods of untidy despair. Why shouldn’t he learn to aim it like a smart bomb against those who understood the term ‘credit default swap’ before September (always excepting Paul Krugman)?

In regard to that, Michael Lewis has a clever piece about Wall Street in the December Portfolio.com http://www.portfolio.com/news-markets/national-news/portfolio/2008/11/11/The-End-of-Wall-Streets-Boom
It fills in some of the details I didn’t quite understand, as well as contributing a depressing but lucid history of the last 20 years. Folly on such a grand scale is most of all educative. I feel like I’m back in 5th grade, deciphering algebra. The only difference being that I liked algebra. I wonder what this would mean to me if it didn’t affect me personally, if I’d been smart with my money, or won the lottery last week. It seems like I was foolish partly by contagion and am now gloomy partly by contagion, and if I found cash breeding like mice in my bank account I’d still be feeling dark, and not only out of sympathy.*  But maybe I’m only experiencing, finally, what most people feel all their lives: a solid linkage to others. TV will do that to you.

We got back from the park, I worked on my web page, it rained and we had tea. Now it’s Sunday night. I don’t want to go home. Subways, elevators, boots, bills. I’ll remember the good parts when I get through security. (Yes, dear, I miss you. I’m not talking about that.)

* I’ve never experienced rabbits breeding uncontrollably. Mice I know about. I’ve heard the squeaks from the nest under my bookshelves and killed the babies one by one. I know ‘they have their own little mouse lives’ as my sister says, and I don’t really like it when they’re caught by a hind leg and thrashing all over the counter, dragging the trap like the National Toxic Debt behind them, but it pleases me to think of exerting dominance in the creation of order. 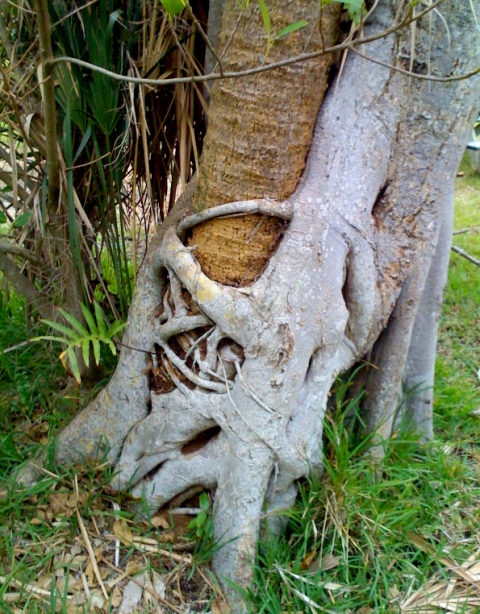 You are currently reading Wilderness Adventure at Mostly in the Afternoon.