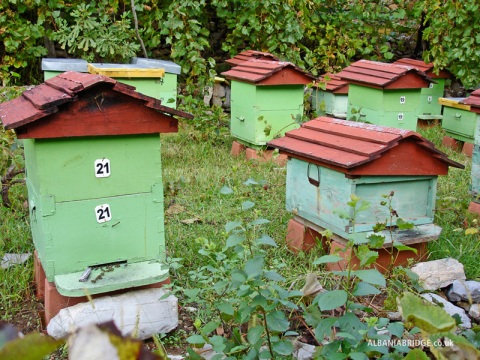 Maybe some of you read Ian Frazier’s New Yorker pieces about Siberia recently. He talks a lot about mosquitoes. In the book Six-Legged Soldiers: Using Insects as Weapons of War, Jeffrey A. Lockwood writes that Siberian tribes used to execute people by tying them naked to trees. The mosquito cloud was so dense, a man could receive as many as 9,000 bites a minute—enough to drain half his blood in a couple of hours. Consider this if you’re lounging somewhere in the country, like the coast of Maine, bitching.

And King Richard the Lionhearted, after whom I named my most-beloved cat before the I knew the meaning of love Fitzroy-style, is one of the great men of history who used to catapult beehives…in his case into Moslem fortresses during the 3rd crusade. Greek warships routinely carried beehives for such purposes. The Romans used them so often for their endless warmaking that by the end of the Roman Empire, honey production had declined dramatically. Just another way we’re like the Romans, but worse.

These entries are going to be shorter from now on. I’m busier and I know you don’t have the attention span you used to have only a few months ago. Soon a headline will suffice. Our grandchildren, or somebody’s, will have a kind of “friending” that connects people brain-to-brain and neither writing nor speech will be used. No, I haven’t worked out the details. But I do know that the downside will be that when you get tired of someone, you’ll have to use an icepick to remove him.

You are currently browsing entries tagged with six-legged soldiers at Mostly in the Afternoon.