I realize these leopards are not white

Lady, three white leopards sat under a juniper-tree
In the cool of the day, having fed to sateity
On my legs my heart my liver and that which had been
contained
In the hollow round of my skull. And God said
Shall these bones live?

(Ash-Wednesday). Up and by water, it being a very fine morning, to White Hall, and there to speak with Sir Ph. Warwicke, but he was gone out to chappell, so I spent much of the morning walking in the Park, and going to the Queene’s chappell, where I staid and saw their masse, till a man came and bid me go out or kneel down: so I did go out. And thence to Somerset House; and there into the chappell, where Monsieur d’Espagne used to preach. But now it is made very fine, and was ten times more crouded than the Queene’s chappell at St. James’s; which I wonder at. Thence down to the garden of Somerset House, and up and down the new building, which in every respect will be mighty magnificent and costly. I staid a great while talking with a man in the garden that was sawing of a piece of marble, and did give him 6d. to drink. He told me much of the nature and labour of the worke, how he could not saw above 4 inches of the stone in a day, and of a greater not above one or two, and after it is sawed, then it is rubbed with coarse and then with finer and finer sand till they come to putty, and so polish it as smooth as glass. Their saws have no teeth, but it is the sand only which the saw rubs up and down that do the thing. Thence by water to the Coffee-house, and there sat with Alderman Barker talking of hempe and the trade, and thence to the ‘Change a little, and so home and dined with my wife, and then to the office till the evening, and then walked a while merrily with my wife in the garden, and so she gone, I to work again till late, and so home to supper and to bed.

I was driving a 69 Chevy Nova 370 four-barrel with mag wheels and a dual exhaust. It’s a kick-ass car. I took the muffler out so it sounds like a Harley. People love it. I was staring at myself through the window into the driver’s side window; I do that all the time. I’ll stare into anything that reflects. That’s not a flattering quality, and I wish I didn’t do it, but I do. I’m vain as all hell. It’s revolting. Most of the time when I’m looking in the mirror, I’m checking to see if I’m still here or else I’m wishing I was somebody else, a Mexican bandito or somebody like that. I have a mustache. Most guys with mustaches look like fags, but I don’t. I touch mine too much, though. I touch it all the time. I don’t even know why I’m telling you about it now. I just stare at myself constantly and I wish I didn’t. It brings me absolutely no pleasure at all.

–from Ash Wednesday, by Ethan Hawke

As for me, I went to the beach and it was sunny and breezy, the waves breaking with fine force, sweeping over the sand, lacy foam sparkling, white and blue and deeper blue, and my thoughts were chasing each other, dates, places, deadlines, choices, and I’d jerk my gaze back to the waltz of blues and think you’re an idiot not to be captivated by this and then the wheel of thoughts creaked around again; I had that stony feeling I get after hauling myself up from mucky hateful despair, just barely not resenting the existence of beauty.

I’m in the dim house now repenting my lack of joyousness. 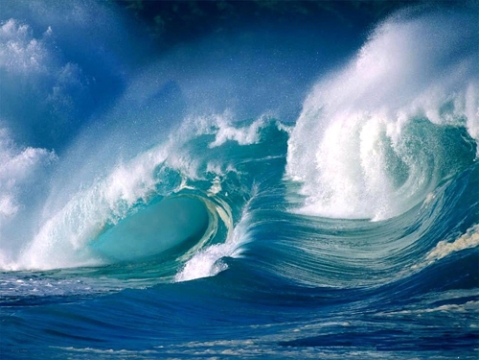 Nor was the ocean quite this dramatic

You are currently browsing entries tagged with ethan hawke at Mostly in the Afternoon.