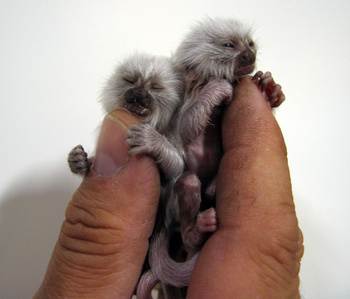 I have a long history of walking into lampposts and knocking my head against tree branches. I used to walk with my head down, out of a fear of meeting people’s eyes and more profoundly of asserting myself in the world. I was also constantly and furiously daydreaming, speculating, conversing with myself…

Now cell phones are making everyone just like I was, while I’ve  become much less likely to run into things because now I walk with my head up and my head is far emptier than in my youth. I walk like a (sense-retarded) animal, paying attention to light, wind, color, distance, obstacle and threat. I only like using my cell phone in bed. It’s for when I’m too lazy to get up and walk the several feet to the computer to check my email. I use it to get through the half hour in the morning after taking my acid reflux pill before I can coffee. Occasionally, when I’m meeting someone or traveling I use it to make calls.

I’ve never cared for texting but I used to enjoy its precursor, instant messaging, for flirting. The reliance on written language and the time lag were perfect for my skill set. What people get out of it when they’re not flirting I’ll never understand viscerally, but I’m pretty sure it’s creating new neural pathways of pleasure/reward that privilege the fingertips.

Until this generation most people used their fingertips for specific, short-duration pleasure: lovemaking, feeling the cloth of a new dress, a baby’s cheek, a flower petal or rough bark, cold water. But our great-grandmother apes were always grooming each other with their fingers. That constant, busy nit-picking was (is) clearly a pleasure. Maybe people now are only thinking about the messages they’re transmitting, the hoped-for response, but below that consciousness the fingers are asserting primacy.

What will happen to these nerve endings once our devices no longer require such input? Will the 20-year-olds of today become anxiously touchy-feely, always running their hands over things, looking for the lost reward?

(I include the poem below for Charles especially.)

Summer is late, my heart.

Words plucked out of the air

some forty years ago

when I was wild with love

and torn almost in two

of whistling wind and rain.

It is my heart that’s late,

it is my song that’s flown.

under a gunmetal sky

staking my garden down,

I kneeled to the crickets trilling

underfoot as if about

to burst from their crusty shells;

marveled to hear so clear

and brave a music pour

from such a small machine.

What makes the engine go?

The longing for the dance

stirs in the buried life.

So let the battered old willow

thrash against the windowpanes

and the house timbers creak.

Darling, do you remember

the man you married? Touch me,

remind me who I am.

You are currently viewing the archives for January, 2010 at Mostly in the Afternoon.